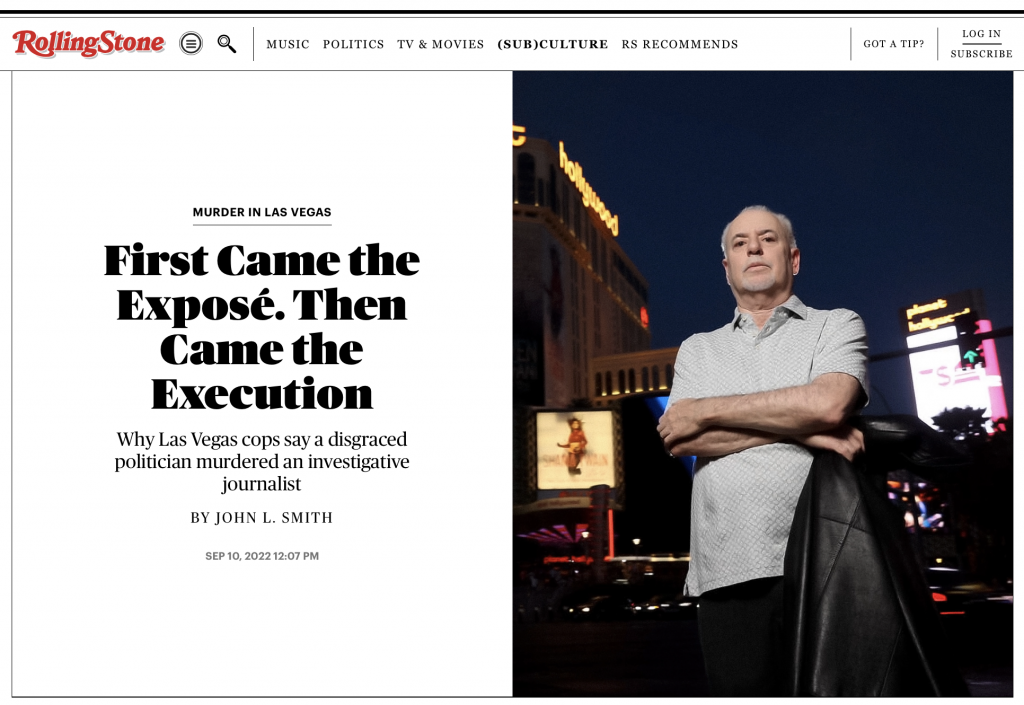 MURDER IN LAS VEGAS  |  First Came the Exposé. Then Came the Execution

As a columnist and investigative bulldog for two Las Vegas dailies, German’s byline lived on the front page. From covering mob hits and public corruption, to the Balzacian melodrama of the Strip’s casino power elite, German’s reporting was a constant presence. What he lacked in deadline style, he made up for in relentless pursuit that, at times, bordered on obsession.

After German’s lifeless body was found with fatal stab wounds Saturday morning, Sept. 3, in the side yard of his northwest valley home, the police asked the obvious: Was the 69-year-old a victim of a vicious random attack? An old-school mob vendetta? Or was the dogged journalist targeted by a recent subject of his reporting?

I write weekly for The Nevada Independent, CDC Gaming Reports, and have a regular reported commentary on Las Vegas NPR station KNPR “State of Nevada” program.

The Stewards of a Broken Climate — UNLV Magazine